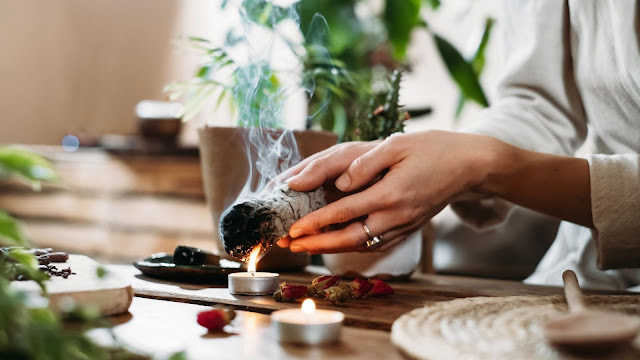 What is a Psychic Attack or Energy Vampire?
In simple terms, a psychic attack is negative energy that someone sends with the intention to inflict harm upon you, your life or your family. These energy vampires assault your aura, without your conscious permission, by another person, thing or group. It will leave you feeling open, exposed, vulnerable and sometimes, you will feel a sense of danger and anxiety or panic attacks. Harm can be launched towards your emotional, physical, spiritual or mental state. A psychic attack is used to harm a person by manipulating and controlling them, by sending negative energy toward them. This mental manipulation is done without your knowledge and it can cause physical symptoms similar to an illness as well as depressed mood, anxiety and at times, suicidal thoughts. Energy vampires can be in a form of a spirit, an entity, a thought form or dark energy.

What's going on?
From a psychological standpoint, you seem to be anxious and depressed. But from the point of view of Energy Medicine, you could very well be under psychic attack. Yes, consciously or unconsciously, someone may have formed an intention to harm you.
Maybe you have a mother-in-law who hates the fact that you stole away her precious son or daughter. Don't discount the "evil  eye" she gives you whenever she can. Maybe you've got an ex whose negativity towards you is still strong, even years after the break up. Or a "frenemy" who's jealous  because you still fit into the jeans you wore in high school. Everyone, like it or not, has some darkness within, the infamous "shadow side" that is the storehouse of negative emotions and feelings. When these disturbing emotions are not acknowledged and released, the shadow side can get in the driver's seat. That negative energy can, in fact, cause real problems for someone else.

Symptoms of Energy Vampires and Psychic Attack
Extreme Anxiety and Depression: A rational explanation may not be evident to you when you feel frozen by fear. This is a similar feeling to a panic attack, but it can last much longer. Rapid breathing, fast heartbeat, sweating, and nervousness are all symptoms of anxiety, but not being able to leave your home for days due to intense fear is a sign of a psychic attack.

Frightening Dreams: Chase dreams where you're being chased and attacked by either a known or unknown entity. The one thing you know in this dream is that if you let him/it/her catch you, you're dead. So, in these dreams, you are constantly dodging, ducking, running and hiding.

Shaking and Trembling. This reaction usually occurs during or after an attack. The person may or may not realize why s/he's suddenly shaking. From a subconscious level, where the assault is realized, this is a perfectly normal reaction because, whether you knew it or not, your adrenaline is flowing high and fast--the "fight or flight" hormones. A part of you wants to run. Usually, in this type of situation, you don't connect consciously with what is really going on subliminally between you and the psychic assaulter--until later.

Health problems. A specific organ of the body is chosen and energy is sent in, like a sledgehammer, to shut it (and the chakra) down once and for all. Usually, if the person or group mean business (to kill you), they target your heart to create a heart attack. If it doesn't work, and you're getting protection, it may end up as lung congestion, bronchitis, or pneumonia. It can also be any organ in the body. If it was working fine and you suddenly get assaultive pain with it, on and off, for "no reason", then you need to see your doctor. If the doc gives you a bill of good health, then you might be under psychic attack!

Pessimism. If you are normally an optimistic or idealistic person and your thoughts suddenly turn rancidly pessimistic, hopeless, angry, irritated, impatient, then you need to understand that this isn't the 'real' you, but you are reacting to something that you may not consciously realize that is going on. During long term attacks, a person can literally, change personality from an sunny, extrovert person to a moody, morose, depressed, negative individual--but it happens over a number of weeks or months and they really don't see it happening. It is usually brought to their attention by the spouse or family members.

Clear Negative Energy and Protect your Aura
If you believe you are absorbing negative energies or are the recipient of psychic attacks, you should consider asking for the help of an energy healer who is experienced in clearing and cleansing AND Cutting Cords to these negative energies, entities and spirits.
**Please feel free to share in the comments below if you've ever had a psychic attack and what you did to help yourself deal better. Looking forward to hearing from you!

Need Professional Help?
As spiritual energy is not limited by time and space, distant healing becomes possible. Distant healing is especially useful when there are physical or geographic limitations. Distant healing are calming and promote the release of stress. They can also be revitalizing and help speed up recovery times for physical, mental, emotional and spiritual issues.

Who are the Seven African Powers? The 7 African Powers are the seven most powerful and popular Orishas. These are Elegua, Yemaya, Oshun, Cha...